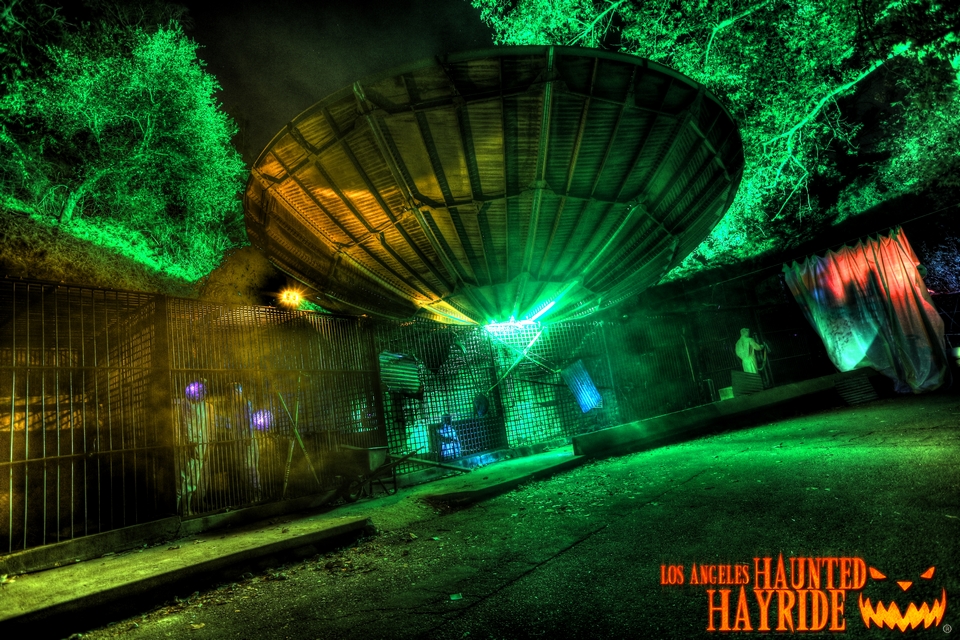 Paradise Appliance
October 15, 2018
Los Angeles
October is a spooky time of year – generally more for fun, than fear, but terror may rein if you have an appliance issue. Nightmares can occur over broken refrigerators and who wants to go to the laundry mat if the washing machine breaks down? Rest assured Paradise Appliance will come to your aid when you’re in need so that you can enjoy some Los Angeles Halloween-themed activities. Below are some hauntingly fun events we recommend.

Every Sunday throughout October, passengers on the route of the Haunted Red Line Tourfrom downtown Los Angeles to North Hollywood will stop off to see ghosts and haunted sites. Disembarking from the train and climbing up the steps at various locations, you’ll hear of a ghostly car, a vanishing padre, the spirit of a soldier and other spooky figures from long ago, who’s souls are said to remain among us today. You’ll make 13 stops along the way.
Tours start at 6 p.m. and take about three hours. Tours are free, but a Metro Pass and TAP card are necessary. Metro Day passes are $7 and $1 for the TAP. Riders may park at the North Hollywood or Universal City Station and take the subway to downtown to start the tour. Parking downtown is not advised, as lots may close early.

Dark Harbor at the Queen Mary

If you’ve missed this tour in the past, it is well worth a visit! Mazes take you on a haunted tour around the ship visiting with spirits, monsters and ghouls. New this year is the Feast winding its way through an Ice Bar, the Big Top Experience, the Butcher’s Bar, the Meat Locker and a Secret Sidebar. If you dare, you can even spend the night where monsters and ghouls will keep you company all through your visit! Overnight stays are limited, so book early.
It is believed a young girl drowned in the Queen Mary’s swimming pool in 1952. Her soul is said to live there, and carry around her teddy bear. She is just one of the spirits you may also encounter during your visit. The Dark Harbor continues through Friday, November 2. Ticket pricing varies starting at $20. The Queen Mary has been named one of the “Top 10 most haunted places on Earth” by Time Magazine.

A one-day only event, Scare-Amount Ranch will be open at Paramount Ranch, the home of so many old Hollywood Westerns, and other television and movie locations. This family-friendly event takes place on Saturday, October 27. Hosted by the National Park Service, visitors will enjoy a combination of film and nature. There will be two different self-guided tours into the backlots – one for strong of heart, the other deemed child-friendly.
Visit the jailhouse to take a selfie, see the spider zoo, and let the kids enjoy crafting with movie-blood, and more. And, don’t miss the screening of “Munster, Go Home!” which was filmed on location on Scare-Amount Ranch. Parking and admission are free. Jackets and flashlights are recommended. The ranch is located 2903 Cornell Rd. in Agoura Hills.

Watch out for the downright vicious clowns Friday, Saturday and Sunday evenings, and Halloween night, on the site of the former Los Angeles Zoo in Griffith Park. This area of the park has long been thought to contain much paranormal activity. The hayride will travel through life-size sets and a cast of characters, you would not want to walk through on your own. Although safe aboard the wagon, this venture is not recommended for children under the age of 12, or those of the faint-of-heart.
Take a trip through Purgatory and ride the ghostly Scary-Go-Round. Trick-or-treat in the Haunted Village and look for the light in the House of Shadows, but you’ll find none. Tickets run $35 for the Haunted Hayride only, or $44 for general admission. VIP passes and group tour rates are also available.

At the Heritage Square Museum in Montecito Heights, you will learn proper etiquette for death and mourning etiquette experts of the Victorian-age. Take place in a funeral in one of the museum’s old homes, and learn of yesteryear’s Spiritualism movement. For those who want to look into the future, fortune tellers will also be available.
Period games dating back to the 19th century will be available for play, spooky tales will be told, and kids can create in the old-time crafting area. The Halloween celebration and Mourning Tour take place Friday and Saturday afternoons from noon to 4 p.m. through Saturday, October 27. Tickets are $20 for adults, $15 for seniors, and $8 for children six to 12. The Heritage Square Museum is located at 3800 Homer St. in Los Angeles.

Drama After Dark: A Night of the Macabre with Poe and Gorey

Known for their gruesome tales of horror and death, actors from the Guild of St. George will act some of the stories that made Edgar Allen Poe and Edward Gorey famous. Expected productions include “The Tell Tale Heart,” “The Pit and the Pendulum,” and others.
Each Saturday evening during October, these Drama After Dark tales will be told on the grounds of the Huntington Library grounds, 1151 Oxford Rd. in San Marino. These stories may be too ghoulish for young children and are recommended for those from 10 years and up. Tickets are $65; $55 for library members.

In the heart of the San Fernando Valley, you can take in an old-fashion drive-in movie night featuring some of the best-known holiday spooky films. On Friday, October 12 the drive-in, located at the Lake Balboa Complex, will feature “Hocus Pocus” and “Christine.” Rated PG, “Hocus Pocus,” stars Bette Midler, Sarah Jessica Parker, and Kathy Najimy as three witches who return from 17th century Salem It screens at 6:30 p.m. Following, “Christine” rated R, brings to life the Stephen King horror classic of a seducing red and white 1958 Plymouth Fury demanding full devotion from her 17-year-old driver Arnie Cunningman, played by Keith Gordon.
The following evening, Saturday, October 13 two more Halloween flicks, “Beetlejuice” and “A Nightmare on Elm Street” will air. The first, “Beetlejuice,” is rated PG and stars Alec Baldwin, Geena Davis, Winona Ryder, and Michael Keaton as Beetlejuice, where the home of ghost residents becomes inhabited by 1980’s yuppies. Following, the R-rated “A Nightmare on Elm Street” plays, sharing the nail-biting story of Nancy, played by Heather Langenkamp. Nancy has continual nightmares, as do her fellow high-school friends who are slaughtered one-by-one by the person behind those dreams.
The Lake Balboa Complex is located at 6335 Woodley Ave. Tickets are $16.95 and up. You may purchase double-feature tickets or tickets for just one film. You are allowed and encouraged to bring your own snacks and/or food. No alcohol or smoking is allowed. Restrooms are available. Music is streamed through your car stereo, or via rented headphones.
Having appliance problems can be a nightmare of its own. Paradise Appliance can find the source of problems with your refrigerator, freezer, dishwasher, washer, or dryer and will supply an estimate for you before the repairs are done. We cover the majority of areas surrounding Los Angeles with experienced technicians, who will come out promptly to fix your problems. Give Paradise Appliance a call, whenever you’re in need of appliance repair.
Sharing