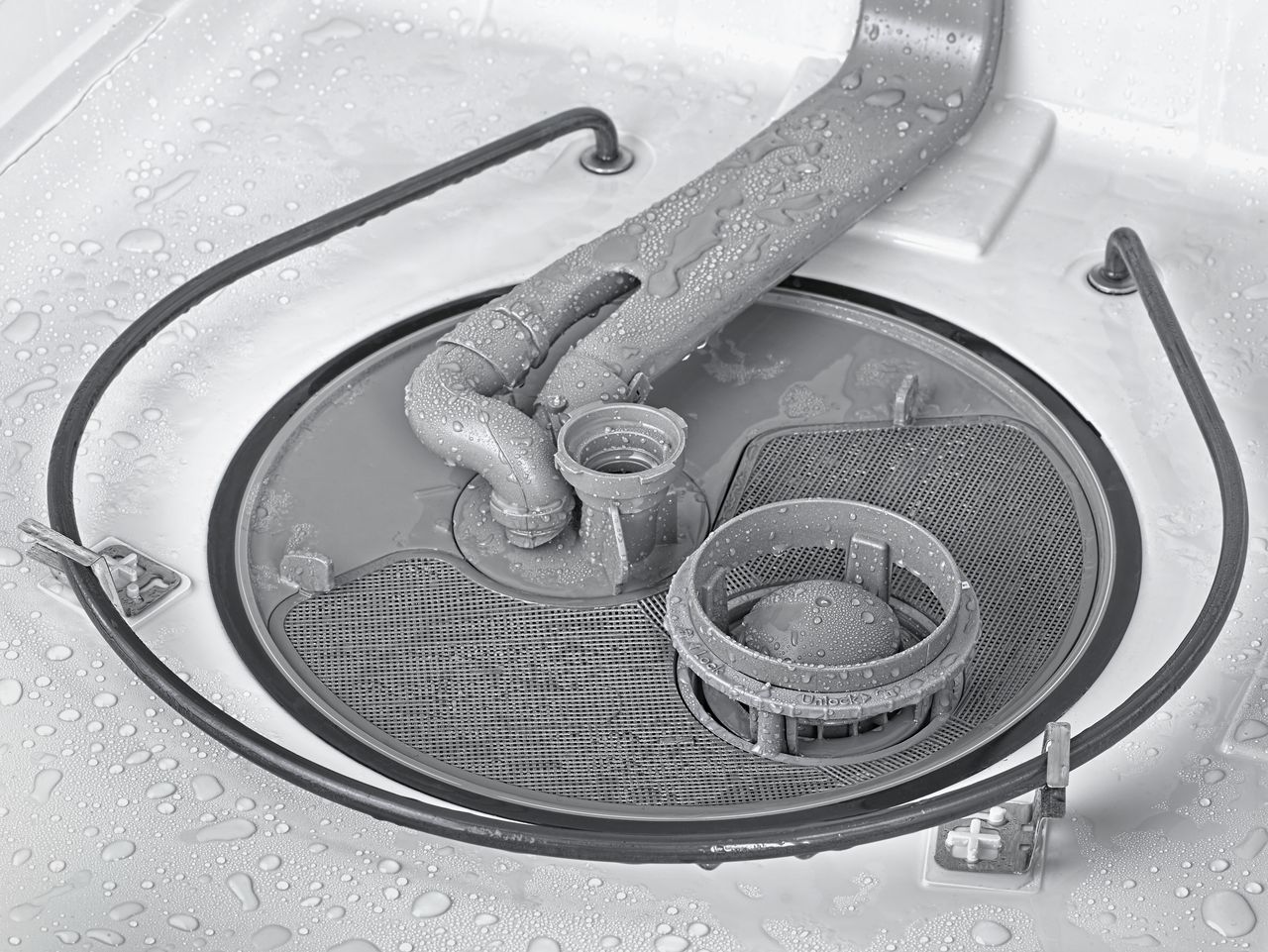 Although a dishwasher comes equipped with many different components that work in conjunction with each other, when something goes wrong, it can usually be narrowed down to one of five reasons.

Your home water supply connects to the dishwasher water inlet valve and controls the amount of water that is needed during various times of operation. Sometimes a screen will get clogged and sometimes the valve will not open. And sometimes you will need to replace the valve.

Wash arms are propellers that come with prefabricated holes that release the correct amount of water pressure designed for maximum cleaning efficiency. If any of these holes become clogged with food particles, your machine will not be at its best performance and some or all of your dishes will not be clean. Use a toothpick or some small picking device to remove any debris present.
But this doesn’t mean that you should start prewashing your dishes before you place them in the dishwasher. Get rid of the big stuff but leave the rest. The dishwasher needs the food particles to achieve a proper ph balance. And if you live in an area that has high amounts of minerals in the water, that, too, could clog the wash arm jets. Soak the wash arms in vinegar and baking soda overnight to remove mineral deposits. Pour some vinegar into the detergent dispenser and run an empty load once a month to maintain clean wash arms.

Water flows through a water distribution tube to the wash arm. Sometimes the tube can become obstructed with food debris and result in a lack of water jetting through the wash arms. But sometimes a utensil may slip away from where you placed it and become lodged during a wash or rinse cycle and prevent the wash arm from moving. As a result, the wash arm may become damaged and should be replaced.

When you start the dishwasher, you should hear the pump motor turn on. If it does not make a sound or hums after the dishwasher has filled the motor has burned out and should be replaced.

Okay, now we’re going to peer a bit deeper into the dishwasher. You will learn what a chopper assembly is, what it does, and how to remove and clean it. You will also learn why your dishwasher is cleaning the dishes in a substandard manner and what you can do about it.
The following guide is representative of Whirlpool and Maytag Dishwashers.

Pro Tip: Place screws and small parts in a container so you can locate them later.
Over time a lot of food debris collects in the chopper assembly and sump area and as a matter of maintenance should be cleaned periodically. The debris will not allow enough water to flow to the wash arm and that is usually the main reason the dishes are not being cleaned satisfactorily.
Pro Tip: Be careful not to overtighten screws that secure plastic parts as eventually the threads will wear down or the plastic may break.
This concludes this tutorial. If your dishwasher is still spitting out mediocre work then it may be time to consult with a professional appliance repair company.
Sharing