How to Replace Your Whirlpool Washing Machine’s Lid Latch 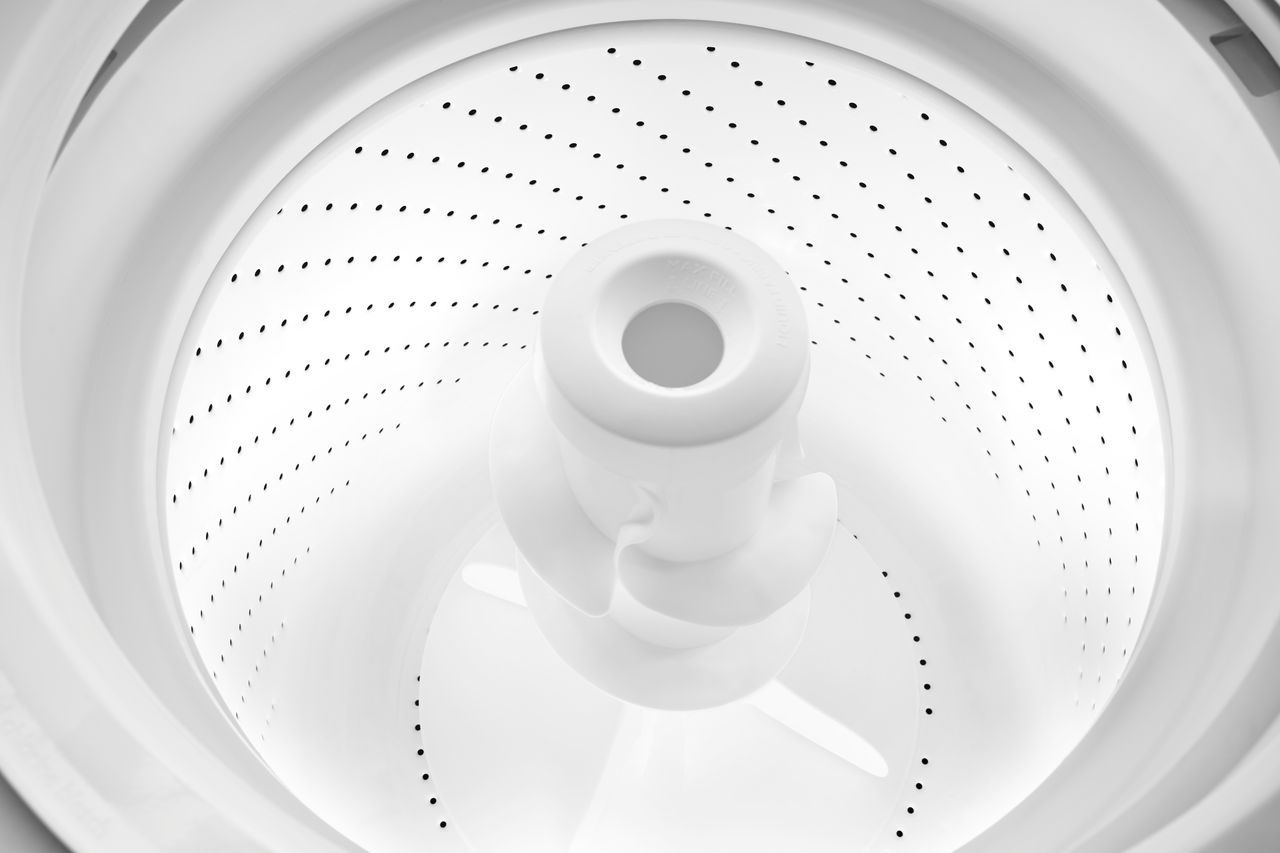 The lid latch assembly of your washing machine lets the appliance know when the lid is shut and it’s time to begin the laundry cycle. But if the lid latch assembly is faulty or the wire contacts have gone bad, it won’t be able to send that message. Order replacement part #WPW10619844 for a new lid latch assembly for your Whirlpool washer. Then follow these steps to remove the broken part and install the new one.

1. Unplug the washer and shut off the water supply lines.

In order to access the lid latch assembly, you will need to disconnect wires and flip open the top of the machine. These steps require you to completely separate the appliance from its power source. Also, you will need to pull the machine away from the wall. Turning off the water supply reduces the risk and magnitude of a leak.

After that, you need to push the lid latch assembly’s wires into the interior of the machine. Start by tracing the collection of wires down the control panel and locate where they feed into the washer. They’re held in place by a plastic hook. Take all of the wires out from behind this hook without tugging on them. Then isolate the lid latch wire and push them down through the cutout into the interior of the machine. Leave the rest of the wires out of the hook until reassembly.

3. Open the top of the washer.

Next, you will be removing the top panel. Move to the front of the machine and tape the top lid down. Slide a putty knife in the seam between the top and the body of the washer and push the locks. There is a lock six inches in from both of the front corners. You may need to pry the top up as you push in.

the top up. Before you release it, hook a strap into the hole under the top access panel and at the top of the revealed frame of the washer. This strap will stop the top panel from swinging all the way over to crash against the rear of the machine.

Line the latch box up at the top of the panel and slide the whole part over the two white supports. Then tighten the two screws in place to secure it. Start running the length of new wire around the right perimeter of the panel. Use a flathead screwdriver to slide it under the clips. Next, locate the black wire retainer near the end of the new assembly’s wiring. Press the bulb of the retainer through the hole near the green and yellow wires to hold the wiring in place. Push the end cap of the wire through the hole by the hinge of the top panel. You may need to firmly feed it through due to the limited space. Once it’s through, gently pull the excess length of wire through the hole.Before you connect the rest of the wiring, lower the top. Swing the top panel a few inches forward so you can unhook the strap. Set the strap aside. Then carefully lower the top panel so the holes in the front corners of the top panel fit around the locking studs extending up from the frame. If the parts match up, you should be able to hear it audibly click partially into a locked position. Push firmly down on the lid so it locks completely and the top is flush against the body of the washer

that, go to the rear of the washer and find the wire and cap from the lid latch assembly. Push it behind the plastic hook. Plug the wire harness into the slot in the control board. You should hear it snap into place once it clears the locking tab.

5. Reassemble the control panel and washer.

First, push the rest of the wires back into place in the cutout plastic hook at the back of the control panel. Then group the excess lengths of wires together and secure them with a new zip tie. This should hold them in place so they don’t get twisted or pinched when you close the control panel. Do not include the air tube in the zip tie

Reattach the control panel cover. Set the part face down on the top of the machine. Reattach the blue wire harness. Then line the bottom, or front, the edge of the panel with the five locking tabs. Without shifting it off-center, rotate the control panel and press it down into position. Make sure you can hear the locking tabs engage. make sure the cutouts along the back edge align with the water line cutouts. Rethread the screws to secure the panel. Then reattach the gray panel and screw that you removed at the beginning of this repair

Once everything is secured, turn on the water lines and plug the washer in. Remove the tape holding the lid down

you have other appliances that need repairs, check our repair and troubleshooting guides at Paradise Appliance Service. We also have a team of trained appliance repair technicians who can help.