How to Replace a Glass-Top Stove Burner 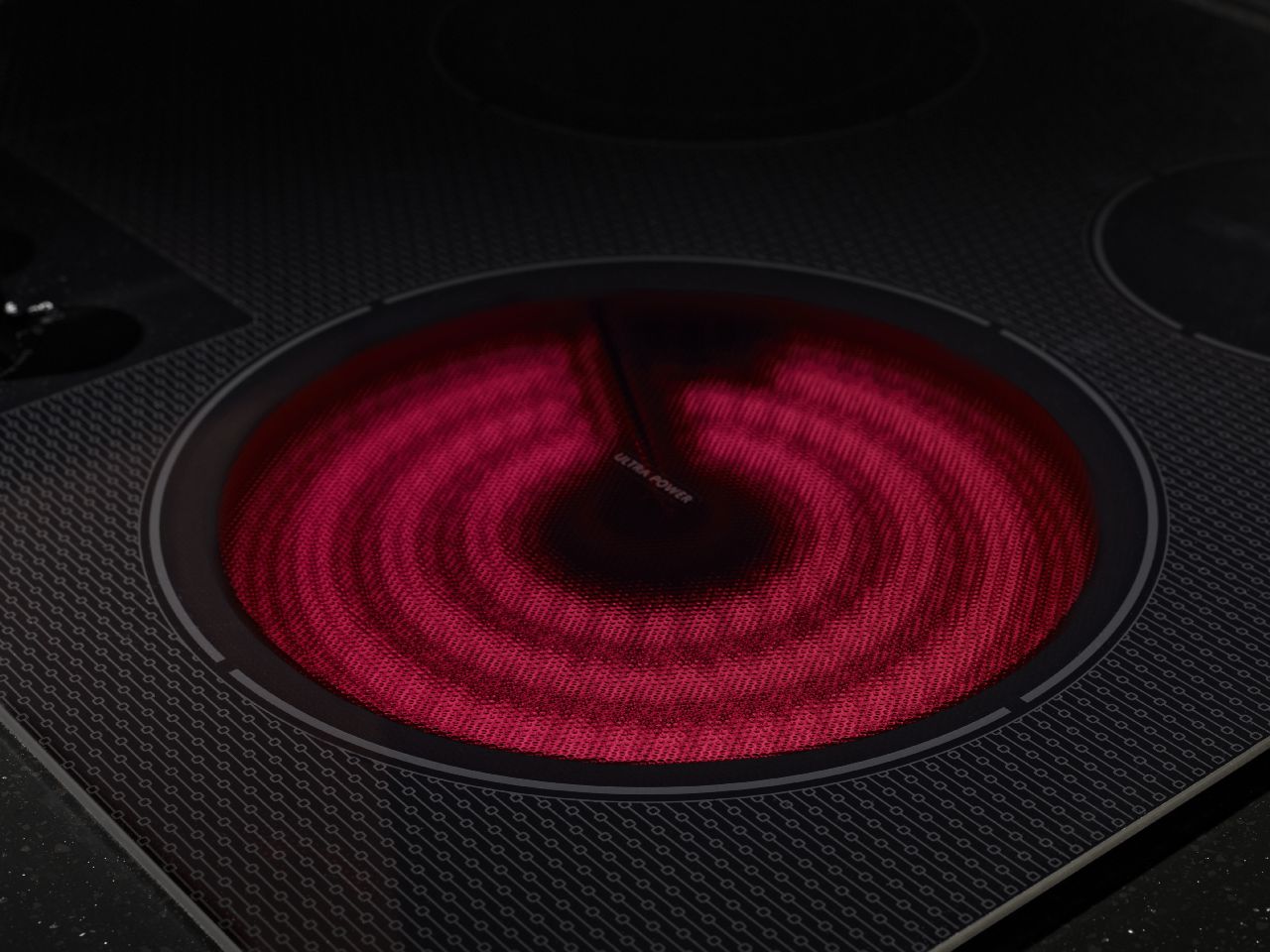 Cooking with a glass top stove is not like any other electric (or gas) stove experience. You have the whole stove to work with and far less iron to soak or scrub. In many ways, it’s cleaner. But it’s also harder to perform repairs. With a traditional electric stove, all you have to do is swap out burners in sockets to troubleshoot or even repair a faulty burner. A broken burner can easily be swapped out with plug-and-play simplicity. But with a glass top stove, replacing a broken burner is much more challenging.

This is because the burner, or heating element, is below the glass instead of on top of the stove surface. That’s why it’s called a radiant surface element instead of just a burner in repair guides. You’ll need to get underneath the glass and remove the attached element in order to troubleshoot or replace it. This guide will walk you step-by-step through the process of replacing a radiant surface element (burner) on the typical glass top stove design.

Pull your stove’s power cable, if you can reach it. If you can’t reach it, flip the breaker that powers your stove, instead.

The next step is to get that glass cooktop lifted so you can work underneath.

Start by opening the oven door. This will reveal a lip made by the stove. Just under that lip, you will find two screws securing the cooktop to the oven firmly. You will likely need to open the oven door completely to reach them.

When you spot the screws, grab your screwdriver and remove them. These mounting screws are the only two you’ll remove while opening the glass cooktop. Set them aside somewhere safe.

Stoves tend to have a combination of three mounting brackets that the stovetop slips into to be held in place. There’s a special release sequence to pull out the top of your stove. First, pull it forward so that the stovetop is freed from the cabinet support brackets.

From there, it’s safe to fully lift up your cooktop so it is open. Use a short wooden prop to hold open your cooktop while you work with it. It’s okay to use a board, or cut something specifically to hold your cooktop at the height you need. It’s important to base your prop at the front-center of the area beneath so as not to damage the insulation over the oven below.

Remove the Surface Element Bracket (Front or Back)

You will notice that there are two (or three) brackets holding the surface elements to the surface. Identify which burner you are replacing so that you can select the right element bracket to remove.

Careful of the Prop

When working with the surface element bracket(s) you’ll be removing, be very careful not to knock over your prop. This is a surprisingly easy mistake to make.

Look at how the support bracket is mounted. There are likely two to six mounting screws that will need to be removed and carefully set aside.

When the mounting bracket is completely free of screws, slowly lower it down onto the insulation (or a towel laid for the purpose) underneath the propped cooktop.

Now that the bracket is accessible, it’s time to remove the broken element and replace it with a working one.

Before you do anything, take a look at the exact mounting holes used by the burner you’re removing. Use a permanent marker to mark the bracket holes so you can use the exact same ones (keeping the burner aligned with the glass top markings) later on.

When replacing this type of burner, it is advised that you transfer each wire one-by-one to the new burner to get the work done exactly correct. Grab your new burner and begin the wire transfer now.

The installation of the new burner or surface element is already begun. You have the new burner in your hand and you are making the transition, wire by wire.

Carefully transfer the wires from the old unmounted burner to the new replacement burner. Be sure each wire clips into place and is in exactly the same location as it was on the old burner.

There is likely one screw each on the mounting clips attached to the old burner. Remove the screws, transfer the clips to the new burner, and return the screws for secure mounting preparation.

Set the mounting clips into the exact same holes that the previous burner was using. Reference your markings to ensure the burner will be installed in exactly the right place for optimal use when the stove is closed.

Press down until you hear the mounting clips click into place. This will ensure that the burner stays put, considering it takes pliers to remove them.

Now you’re ready to put your stove back together and test your success.

Place the mounting bracket back up on the underside of the glass and attach the mounting screws to secure it into place.

Carefully lift the cooktop and remove the prop that was holding it open.

Set the Cooktop Down Flat

Set your cooktop down carefully to where it naturally stops so it is no longer held aloft.

Align the Brackets and Push

With care, align each bracket (cabinet, front, hinge) so that it aligns properly. Tilt the stovetop back into place, settle it onto the front brackets, and then shove the entire stovetop backward until it settles underneath the cabinet in the cabinet bracket.

With your cooktop put entirely back together, remember to bring the power back. Either plug your stove back in or flip the breaker to the ‘on’ position so that your stove is getting juice.

Finally, fire up that burner and see if it works. If it does, pat yourself on the back and prepare for your next appliance repair challenge.