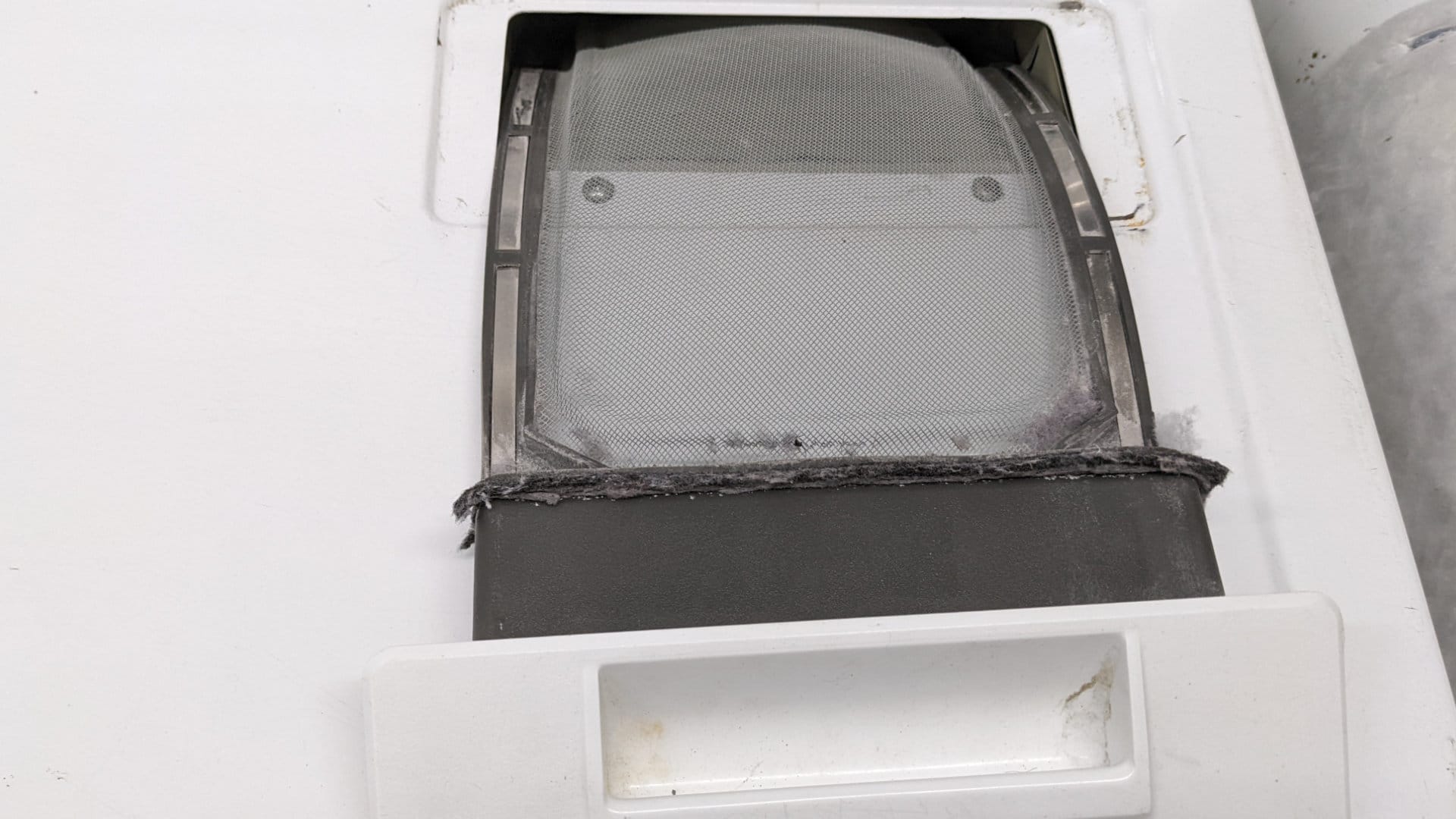 Removing lint from the dryer can be separated into three parts. First, the lint screen and lint vent need to be cleaned; then, lint needs to be removed from inside the dryer (around the motor); and finally, the dryer ventilation hose and the duct that carries the air outside need to be cleaned. Fortunately, with the help of a vacuum, a screwdriver, and a dryer vent cleaning kit, it’s relatively easy to clean the lint from the dryer yourself. Companies that specialize in dryer duct cleaning are also an option for part three of the process.

Warning: If you have a gas dryer, moving and disassembling the dryer could cause a gas leak if you’re not careful.

Why is it important to clean the lint out of the dryer?

Cleaning the lint from your dryer ensures that it runs effectively and efficiently. If you have ever experienced the dryer frequently turning off during a cycle or the dryer taking an excessively long time to finish a cycle, a lint blockage is most often the cause. Lint blockages can also trigger safety components, like the dryer’s thermal fuse, which will prevent the dryer from operating and will need to be replaced if it breaks, which is more expensive than cleaning out some lint. Lint blockages also force the dryer to work harder and thus reduce its lifespan.

Removing lint from the dryer also has the important benefit of preventing a house fire. Lint is highly flammable, so if lint makes contact with the dryer’s heating element, it will cause a fire. The danger of an extensive lint blockage not allowing heat to escape also exists, which could also cause the lint to ignite. The US Fire Administration reports that “failure to clean the dryer is the leading cause (34%) of home clothes dryer fires” (1).

If you need to remove the front panel, the top panel will often need to be removed first. A putty knife can usually be used as a lever to raise the top panel high enough to undo the clips that secure the panel to the dryer. The wiring harness also needs to be disconnected after the top panel has been removed.

Vacuum attachments and brushes for cleaning the lint vent are often included in a dryer vent cleaning kit, which can be purchased to clean inside the dryer and ventilation duct.

2. Clean inside the dryer

Once you’ve removed the ventilation hose and the relevant access panel, you’ll likely find a lot of lint around the dryer’s motor and blower wheel. A vacuum attachment can be used to remove all of this lint from inside the dryer.

The dryer’s ventilation duct connects to the ventilation hose and typically runs to the outside of your house. The duct can be cleaned with a dryer vent cleaning kit, which should come with a flexible and extendable brush. Another option is to use a dryer lint vacuum hose or to call a professional dryer duct cleaning company.

Depending on the cleaning kit you purchase, you may be able to connect the brush to a power drill to make cleaning the duct quicker and easier.

By cleaning out the lint screen, lint screen vent, inside of the dryer, ventilation hose, and the ventilation duct, the dryer becomes more effective and efficient, and the risk of a dryer fire is significantly reduced. Now that you know how to clean lint out of a dryer, make sure to clean it thoroughly at least once a year.