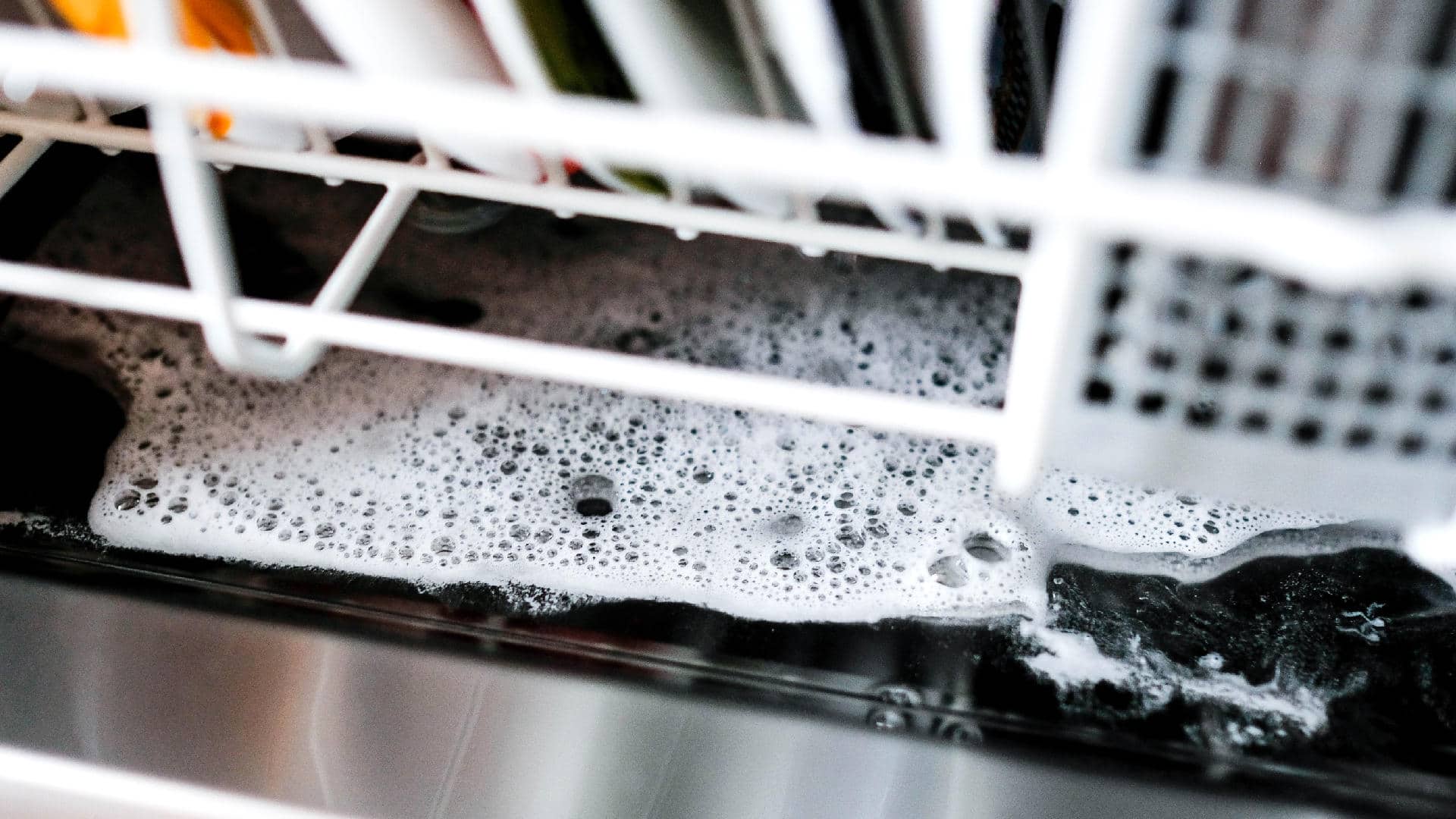 What is this white residue in my dishwasher and all over my dishes?

Once you have had your dishwasher for a while, mineral deposits eventually build up in the dishwasher and cause dishes to come out with a white residue on them. This can even happen with some new dishwashers.

While the white residue does not inspire much confidence, there is no need to worry, as the residue is not harmful. Other causes of the residue include the dishwasher detergent and the water temperature.

The residue often comes out as white or gray spots or film on your glasses or plates. If dishes and the dishwasher are left untreated, the residue becomes caked on, leaving a visible white tint. Fortunately, there are several methods that you can use to fix the problem. However, first, what causes the problem?

The term hard water refers to water that is high in dissolved minerals, mostly calcium and magnesium. Most household water supplies will contain some degree of hard water, which is why most dishwashers will be affected.

The degree to which your water supply is affected will depend upon where you live. Hard water is caused by groundwater that flows over or through limestone, chalk, or gypsum. As mentioned above, it is not harmful; it is actually reported to be good for you.

If you have stains caused by hard water, lemon juice or vinegar can be used to remove them. If hard water is overly affecting your water supply, a water softener system can be installed in your home.

Since 2010, phosphates have been removed from dishwasher detergents. The phosphates had acted as a cleaning agent to help clean and remove the white residue from the dishes washed in the dishwasher.

For the dishwasher detergent to work correctly, it needs to be warm enough to prevent the build-up of residue. If the water is not hot enough, the detergent will not dissolve properly, and residue will not be cleaned from dishes during the cycle. To prevent white residue build-up, make sure your dishwasher is receiving hot water.

How to Clean White Dishwasher Residue

The most common solution is to use white vinegar. Pour two cups of white vinegar into a bowl or dishwasher-safe container and place it in the dishwasher. If you have an extra-large dishwasher, consider adding a little more vinegar to ensure the acidity is strong enough. Make sure you empty the dishwasher before placing the vinegar on the bottom rack.

Next, close the dishwasher door and run a “normal” or “regular” cycle. Do not run a cycle that increases the heat. If your dishwasher has vents that allow steam to be released, be aware that the vinegar may cause an unpleasant vapor that you will not want to inhale. Not increasing the temperature will reduce this effect.

As the cycle runs, water from the top spray arm will cause the vinegar to gradually overflow into the dishwasher tub. The vinegar solution will be sprayed around the dishwasher, which will decalcify it.

Once the cycle is completed, open the dishwasher door and allow the vinegar residue to air out. If possible, leave the dishwasher open overnight to thoroughly air it out.

If the issue remains, the dishwasher can again be cleaned with vinegar; however, you should avoid frequent use. Vinegar is an acid that can potentially damage your dishwasher if used excessively, so avoid cleaning the dishwasher with vinegar more than once a month. Combining vinegar with dishwasher detergent should also be avoided.

A specific calcium carbonate dishwasher cleaner can be purchased and used the same way as the vinegar solution. Either an oxygenated or citric acid cleaning product is often recommended by dishwasher manufacturers.

Other Dishwasher Stains and Blemishes

Some dishwashers feature a multistage water filtration system to remove food particles from the water in the tub. The filter should be cleaned regularly or the cartridge changed every six months to avoid food residue building up.

Sometimes, you may find that dishes are coming out of the dishwasher with a greasy residue on them. There are several causes of this issue.

You should always rinse dishes with warm water before putting them in the dishwasher. Despite what some manufacturers may claim, dishwashers will not perform optimally without dishes being rinsed first.

Another possible cause of the issue is that the detergent used is not an effective grease remover. Researching dishwasher detergents and changing the detergent could solve the issue.